Breaking a Clown Rule: Why I Break It - Plus three funny bits that allow me to get away with breaking the rule.

One rule that I have heard for years is “Don’t Eat or Drink in Front of Your Audience.”  This rule is a good one… and I agree that it is tacky to do this.  Also the kids will see this will want some too and feel jealous or of course it could even mess up your costume… lots of good reasons to say this rule is valid and I totally agree.

However, may I suggest there is often a good reason and need to bend this long standing rule.  Here is the why and how.

Why take a drink in front of your audience?

There are a couple good reasons.  For one, performing is work and strenuous. You need to stay hydrated during a parade, walk around or stage performance.  When you are doing walk around at a picnic, parade or senior living center you might get a tingle in your throat and if you keep on talking, you just need a sip of water or else you might cough or lose your voice. (Not good either.)  That dash of water will help keep throat lubricated and make a huge difference in your performance and health.

Another reason is that it is simply vital to drink some water or Gatorade while high stepping down the street in a hot sun soaking Texas parade. YOU just NEED water!  Hey you all – even where I live in Minnesota it gets up to the upper 90’s and humid so – water is vital.  Do you just go hide some place and sneak a drink of water so you don’t drink in front of the audience?

Yesterday was May 12th and the temperature was 93 here in Minnesota so everyone everywhere needs to break this rule at some point.  Next I will share the how of getting a drink of water without breaking the clown code or rule. And may I add that in February in Minnesota when it is 20 degrees below zero the throat can get very dry doing an indoor program due to lack of humidity.  By the way, the nice thing about Minnesota when it is 20 degrees below Zero is that it is a dry cool.

How to Take a Drink During a Performance:

The number one, most important key to breaking this rule is simply this: – make taking a drink a part of your show.  Make drinking some water a comic “bit of business.”

Three Fun and Funny Routines for taking a Drink of Water During the Show or Parades:

1)    Coffee Break.  In my stage show I get a drink of water at least twice in every show. It also works in walk around I   I simply stop the show and say… “Oh could you please wait a moment – need to take a quick coffee break.”  This is odd and silly enough but I then bring out a bottle of water and take a drink.  I make a funny face – like yuck.  The kids tell me that it is not coffee.  “Not coffee?  Well that’s good because I don’t drink coffee.”    After I put it away I add, “Wow – Can you imagine me on coffee!!??” I then act a bit wired on caffeine.  My show is so high energy and fast paced already so it is comical to think that. But for me that gets a second laugh from adults.  I think that would get a laugh for anyone.  Just a bit of business I came up with years ago – I am no longer drinking in front of an audience it is a “coffee break – which is pretty crazy during a show to imagine doing that so it takes the audience off guard.  Later in the show I say… In England at this time of day they have a tea break so it is now tea time… I bring out the water bottle take a drink and make the face and say…. “That’s not tea!”  Kids point out it is water… “oh good… I don’t drink tea.”  Now it is a running gag.   If a really hot day – I will do the bit later like this – “I need some Gatorade – Oh that’s not Gatorade… well that is good as I am not an athlete.”

Let’s say you have two clowns in your act and everything comes to a stop when one announces that it is tea time. OH my, the two get all busy and bring out two tea cups and one pours water into each little cup… both drink and make a funny face then say, “Oh that is not tea.  Well that’s good – we don’t like tea!”   Then it is on with the show.

3)    Spring Water.   I am sure you know the spring water gag.  I don’t know who first came up with this funny bit… but they deserve a cool glass of water.  It is basically a spring like a “Slinky” put into a cut in half plastic bottle (empty of course.)  When the bottom half of bottle is released a long spring is seen holding the two halves of bottle together.  For this gag to be added to taking a drink during the show.  Do the above bit, such as “I need a coffee break” and do the drinking bit then to top it off put the bottle of water away in your suitcase or show trunk. They say it is not coffee it is water… bring back the bottle but actually switch it for an identical bottle with spring gimmick attached inside and say, “Oh, wow – that’s not coffee… that is spring water.” (Then you release the bottom half of bottle and show spring inside.)

4)    Enjoy the laughter as you get a bit of much needed refreshment.  You can break the rules if it is part of the act. 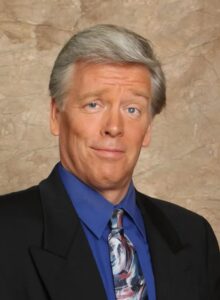 Norm is a Comedy Guy who likes Blueberry Pie.  Learn more at: EntertainmentMN.com